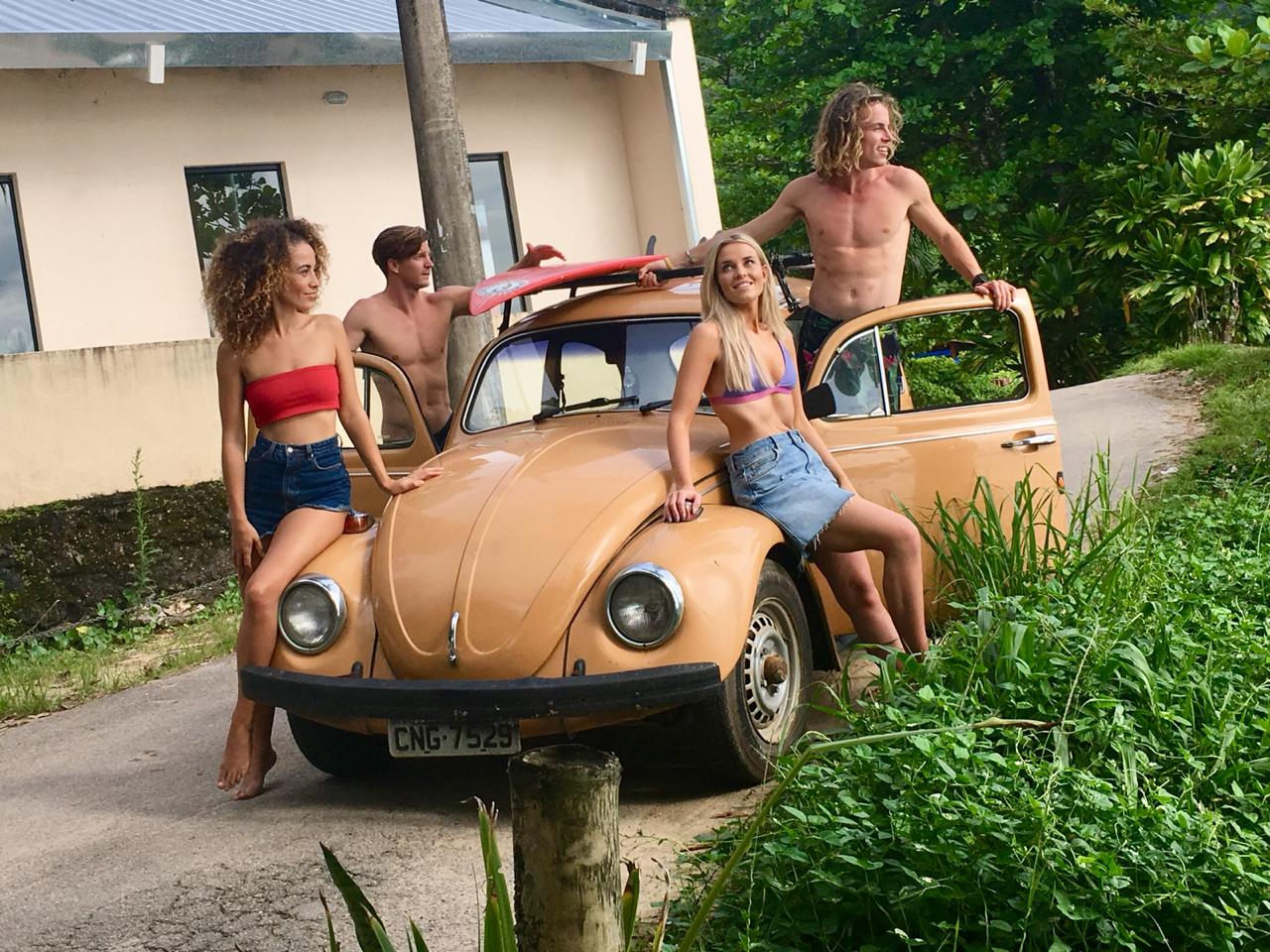 A short while ago, Brazil Production Services went to the Southeast of Brazil to produce, alongside Manida Interactions, a shampoo commercial. Our client’s briefing demanded forests, trails and tropical beaches, so it was only natural that we suggested Ubatuba as an ideal location for the shoot.

A beautiful coastal area in the state of São Paulo, the Ubatuba region boasts over 100 tropical beaches that are framed by mountains and the lush green of Atlantic forests.

After initial research by our Los Angeles office, our favorite “nature” fixer (Pedro Botafogo) was dispatched on a scout to check on all the local details, locations and establish relationships with the service providers in the region before the arrival of the production team.

On the morning of the first shoot day, the team sailed on a schooner that set sail from Picinguaba on the way to the beautiful Couves Island (Ilha das Couves). They spent the entire day shooting on the island’s beaches, trails and on the sailing ship itself.

To take care and ensure impeccable work with the 6 models, BPS hired the experienced hair and make up artist Paulo Botelho and assistant Cacá Mendes.

The following days were used to shoot in other areas of Ubatuba like a local waterfall, the Sertão de Ubatumirim Bridge, and on the beautiful semi-private Portuguese Beach (accessible only during low tide) and other areas.

A small restaurant by the seaside was dressed to look like a Surf Shack so as to comply to the briefing.

New ideas came up in the midst of production and it was the local fixer’s job to assess the viability. The VW bug below was found on location and incorporated into one of our shots.

At BPS we always aim to deliver the best service combined with the best benefits for our clients. For this project, the Bananal Ecolodge – with its beautiful lodgings and service – provided the team with accommodation as well as filming locations.