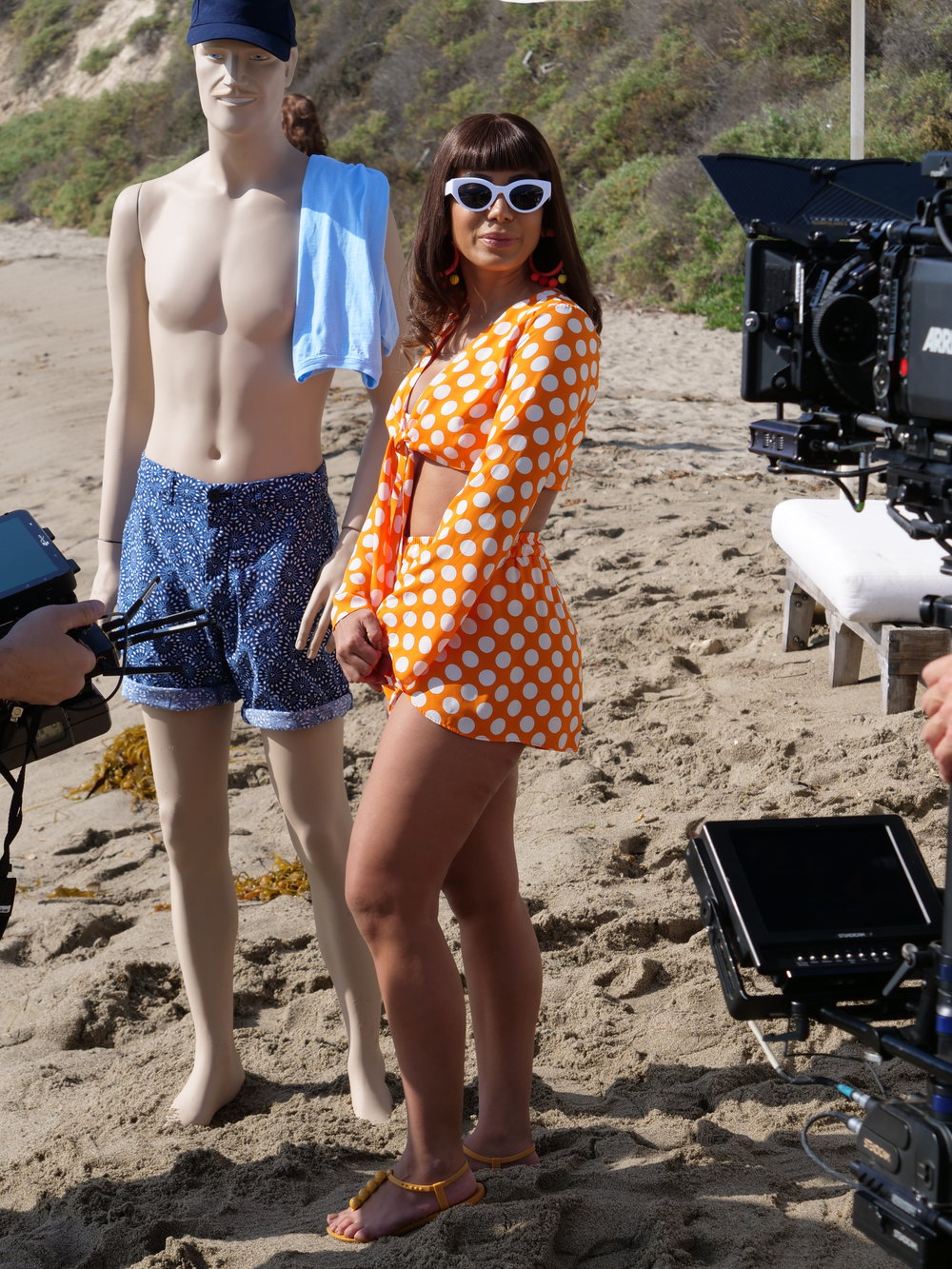 Brazil Production Services produced a music video for the new album “Kisses” by singer Anitta, which was released today!

The singer Anitta is launching herself internationally with this new album that has the song “Get To Know Me”. Brazil Production Services has joined a Brazilian production company – Barry Company – to film the music video featuring the Swedish DJ Alesso.

After BPS filmed a promo for Spotify’s Viva Latino, also with Anitta, Barry Company – company that produces a series of videos for the artist – called our office to make the video happen in Los Angeles.

Director João Papa – who also did the cinematography – had an innovative and creative vision for the project: a world in which everyone around Anitta is mannequins. While Anitta choreographed and sang, everyone around her was frozen, paralyzed – except for her. Check below how it came out:

BPS managed to book historic locations for the video.

We started the day filming at Paradise Cove Beach – private beach that is part of a restaurant in Malibu. The beach was once the setting for music videos by great artists like Coldplay, Fergie, Madonna and Britney Spears. It was also where the Beach Boys took pictures for the cover of one of their albums, the “Surfin ‘Safari” and even Marilyn Monroe did a photoshoot there.

We closed the entire Paradise Cove parking lot to serve as the base for our production crew and filmed on the sand at the beach.

Check out the pictures of the making of at the beach:

After the beach, we went to our next location, the “Dawnridge House” in Beverly Hills. It’s right next to actress Sharon Stone home! But the most interesting thing about the house is that it was built in 1949 by Tony Duquette – acclaimed artist and designer from Los Angeles.

Bought by the Wilkinson family after the designer’s death in 2000, the house has a rich and unique decor. Ornamented with 17th century paintings, satin curtains, silk sofas, bronze pieces, Chinese porcelain and 18th century furniture, the house has already hosted many photoshoots: Salma Hayek for InStyle magazine, Shakira and Reese Witherspoon for the Harper’s Bazaar and James Franco was photographed there for Man About Town magazine. Selena Gomez’s promo for the song “Come and Get It” was also filmed in the mansion. In addition, the house has a lake full of fish and huge gardens interconnected by bridges and external constructions.

We finished the day at the famous Pann’s Diner, in the American style!

The original restaurant, built in 1957 – called Holly’s then – was the set of the epic diner scene in the movie “Pulp Fiction” with the actors Samuel L. Jackson and John Travolta.

The place honors the experience by having memorabilia of the film around. After its demolition, Holly’s gave way to Pann’s Diner which was featured in films such as “The Return of Xander Cage” with Vin Diesel, “Next” with Nicolas Cage and “Bewitched” starring Nicole Kidman.