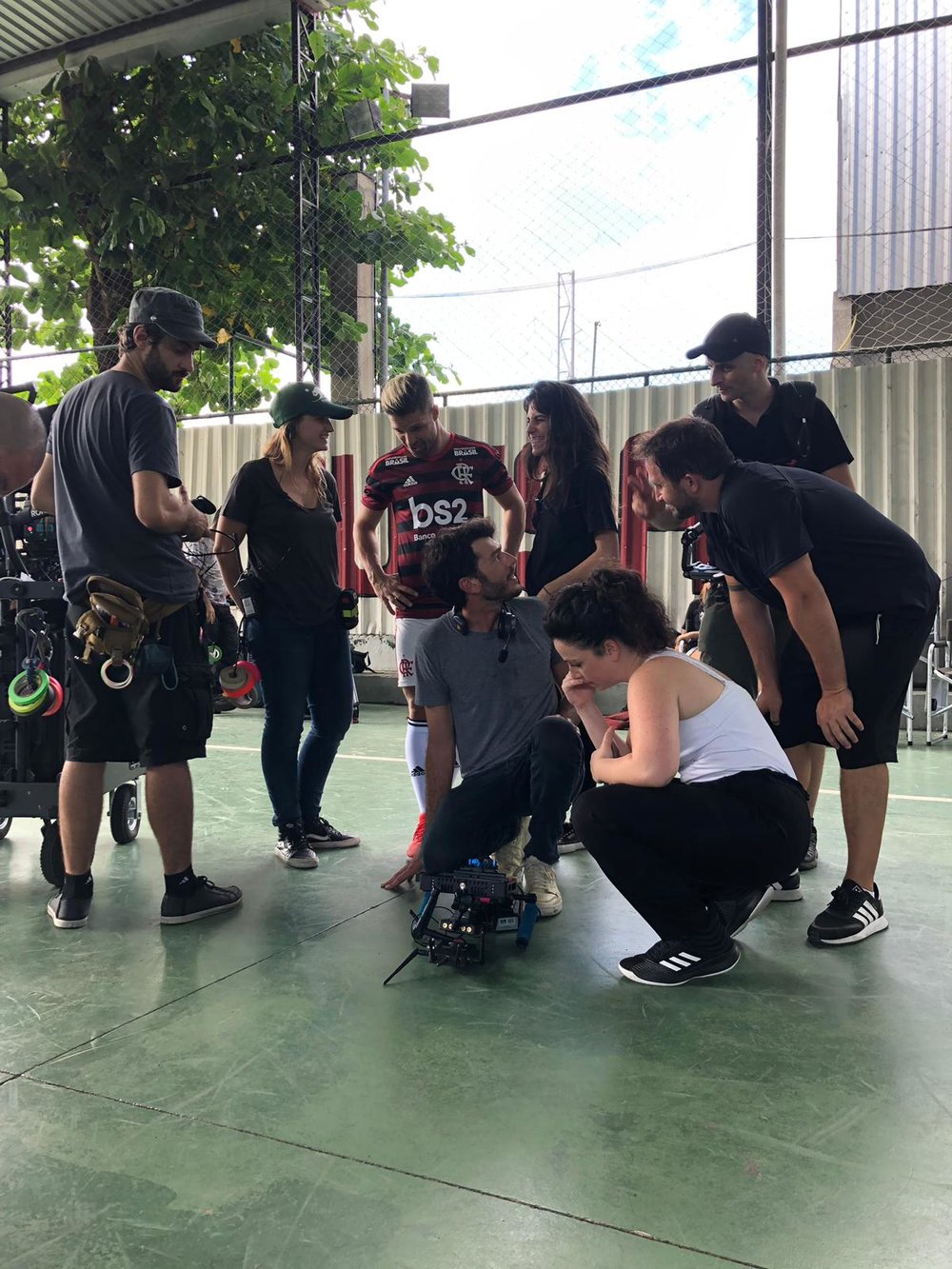 Wix.com is a web development platform that was first developed by the Israeli company also called Wix. It allows users to create HTML5 websites and mobile sites through the use of online drag and drop tools.

Isadora Pacheco is a 14 year old award-wining Brazilian skater from Florianópolis. She’s been skating since she was 5 years old and started competing professionally at age 11 on the Vans Comb Pool championship in California – one of the most prestigious contests for skater girls.

Recently, Isadora submitted her Wix website (https://www.isaskt.com) to a contest held by the Israeli company and she won. She has a stunning site with videos, gallery, blog and a store where she sells her T-shirt that says “Skate like a girl”.

So, Wix decided to make a video of her and her soccer idol Diego Ribas that plays for Rio de Janeiro’s biggest soccer team – Flamengo. Isadora had no idea she was about to meet Diego and she was very surprised and excited once she was told she would be in a video with the player. Our clients from Wix wanted to make sure it would be a surprise till the last minute!

Our team at Brazil Production Services coordinated the entire shoot. We hired an all Brazilian crew and made all the arrangements for the Israeli director and clients that flew to Rio for the shoot. We got permission from Flamengo’s headquarters to film inside their club and rent all the equipment that was required to make a great video.

Wix wanted to capture footage of Isadora and Diego playing a new kind of sport that mixes soccer and skateboarding – Skateball. The video shows Diego playing skateball tricks with Isadora. While she shows her skateboard skills, he challenges her, passing her the ball for different tricks

BPS had ramps and obstacles built inside Flamengo’s headquarters just for the shoot. They chose the colors of the team and Isadora had a blast skateboarding while Diego played with the ball.

Our local fixers and crew also shot Isadora Pacheco doing her skate tricks at Lagoa’s and Ipanema’s Skateparks which are very common destinations for skaters in Rio de Janeiro.

Both shooting days were very successful and, once again, Brazil Production Services made sure the production went very smooth. Wix gave us some great feedback once the filming was done:

“From the beginning talking to the producers at BPS, I felt like we were in good hands and when arriving in Rio, after meeting everyone, we felt even more confident. Everyone clicked from the get-go. Shooting day was a lot of fun and we had good energy and I think both Diego & Isadora felt the same and were so into it. I hope we will have more chances to work together in the future”.

Check out how it came out: