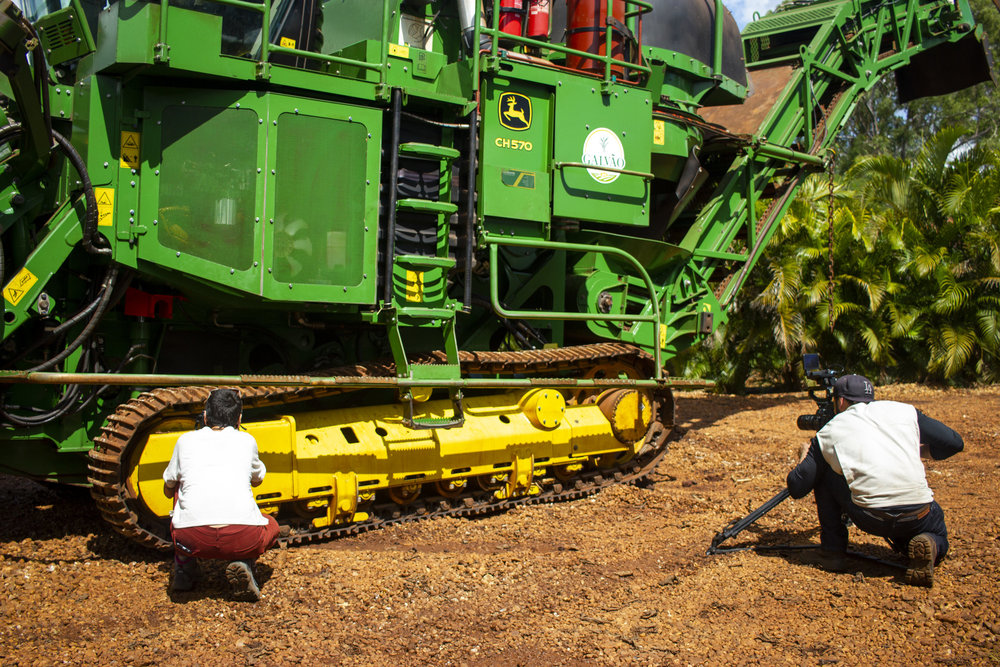 Filipe Derzié and Karima Shehata in action. DP and photographer working together in São Paulo’s industries to get images for one of our

Brazil Production Services recently partnered up with the Lubrizol Corporation to make images and videos to create a visual bank for the lubricant company.

Lubrizol wanted to capture photos and videos of machines, cars, trucks, motorcycles and any other type of vehicle that use their products. BPS hired models, equipment, vehicles, location permits and all kinds of production services needed for the shoot.

We got access to one of the biggest industries in Brazil – the Companhia Siderúrgica Nacional (CSN), they are the second major steel-maker company in Brazil. We also filmed all around the wonderful city of Rio de Janeiro: in the Lapa Aqueduct, Avenue of the Americas and it’s cable-stayed bridge in Barra, also filmed around Downtown Rio and Ipanema Beach. Check out some making of pictures of both production days in Rio:

In São Paulo, we filmed all over the town: Luz Train Station, Chá Overpass, Faria Lima Avenue, 9 de Julho Avenue and at the Octavio Frias de Oliveira bridge. For machines and industry equipment, we got permission to film and photograph inside the Lwart Group – they operate in used motor oil collection and re-refining and market pulp production. Below you can see some images of the two production days we had in São Paulo:

Even with some unexpected rain, the production days went pretty well in Rio and São Paulo! Our office in Los Angeles coordinated all the pre-production, we always kept in touch with our Brazil ground team during the filming, solving last minute issues and coordinating the wrap and equipment returns.

We value our clients at Brazil Production Services! We always hire the best Brazilian professionals for any kind of audiovisual production. No matter how challenging the project might seem, BPS is always with it’s doors opened to face new adventures – always with safety and professionalism!