FILMING IN SÃO PAULO: WHAT YOU NEED TO KNOW Brazil Production Services prides itself in serving clients from many different nationalities who go to Brazil to film all kinds of film, TV and web projects; from the jungle to the beach, we know how to make productions happen in the friendliest to most adverse environments. At first sight, a metropolis like São Paulo can seem less daunting to our foreign clients who come to Brazil to film projects than more remote locations such as the Amazon. But experience has taught us that this concrete jungle also requires experienced fixers to assist our international clients in their shoots. From chaotic traffic to specific permitting bureaus, navigating the ins and outs of São Paulo takes skill, knowledge and experience that Brazil Production Services has worked hard to acquire.

São Paulo is not only Brazil’s financial capital, but it’s also South America’s preeminent economic powerhouse. It has the second largest GDP per capita in the country – after the national capital of Brasília – and it is mainly defined by its gargantuan size and related features: intense traffic, limitless entertainment options, as well as bars and restaurants for all tastes and palates. As it is true of every big city in the world, filming in São Paulo requires juggling a myriad of moving parts such as hiring the best local crews, liaising with government authorities and obtaining different kinds of permits and authorizations.

Is São Paulo your shooting location in Brazil? Contact us today and let us know about your production needs in the city!

São Paulo is a modern city with a strong audiovisual industry. It has developed a reputation among movie producers and directors for being a well-rounded location to shoot in that offers a wide variety of urban locations.  Many high-end commercials and advertising campaigns are shot in São Paulo and a lot of production companies, crew members and rental houses make a very good living focusing on these productions.  The city is known for its abundance of services (many of them are actually open 24/7 making São Paulo a city that indeed “never sleeps”), highly qualified English speaking crew members and a variety of locations to choose from, such as parks, forests, stadiums, viaducts, big avenues, street markets, churches, offices, airports and even beautiful beaches, which are about 2 hours away by car from downtown São Paulo. When it comes to film and video production in the city of São Paulo, some of the most popular locations are: Memorial da América Latina, MASP (São Paulo Art Museum), Paulista Avenue, Ibirapuera Park, Octávio Frias de Oliveira Bridge – commonly known as “Ponte Estaiada”, among others. The city also hosts some of Latin America’s main cultural and sporting events including the São Paulo Fashion Week, São Paulo Biennial and a Formula One Grand Prix.  We have shot in all of these locations and can get you there if your production demands it.

São Paulo is a sprawling urban metropolis.  It’s very different in look and feel from Rio de Janeiro, but very appropriate for shoots where the location needs to look like a different or non-descript location since the city is so large and varied in terms of the environments and shooting possibilities that it offers to filmmakers.

In an effort to generate resources for the local economy and jobs, the city of São Paulo’s film-TV agency SPCINE has launched Brazil’s first-ever cash rebate incentive for international and national productions and international co-productions that use the city of São Paulo as a shooting location. The incentive program will be introduced once production is resumed in Brazil (post COVID-19 restrictions) and will be available for:

– To be eligible, there has to be a minimum local spend of R$ 2 million for feature films (live action or animation) and/or series

– To be eligible, there has to be a minimum local spend of R$ 2 million for feature films (live action or animation) and/or series

– To be eligible, there has to be a minimum local spend of R$ 2 million

– Not required to be shot in São Paulo

São Paulo is considered one of the coldest state capitals in Brazil, while at the same time having “urban heat islands” caused by the excess of high buildings, concrete and lack of green areas. Summer time in São Paulo is muggy, wet, warm and cloudy while Winter time is short, cool and partially cloudy. Throughout the year, temperatures in the city vary from 12ºC (55ºF) to 32ºC (90ºF), being the warm season between December and March and the cold season between May and August.

Hail storms are common during summer (December – February), when temperatures drop rapidly in 1 hour, but the wetter season in São Paulo typically lasts from October to April, with the wettest month being January. As for the drier season, it happens between April and October, with the driest month being usually August.  See a quick rain and temperature table below: 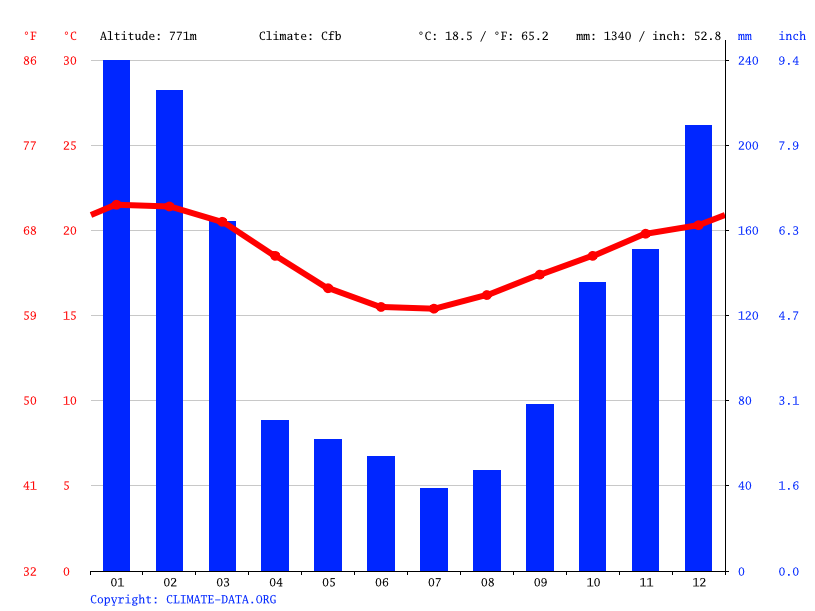 You can find more detailed information about the weather variation in São Paulo here.

PLANNING TO SHOOT IN SÃO PAULO? WE HAVE THE BEST 24/7 PARTNERS AND ENGLISH SPEAKING CREWS São Paulo is often described as a city that works, both in terms of the committed work ethic of its residents, as well as the fact that most of its facilities, infrastructure and services are reliable and efficient, which is not always the case of other cities in Brazil. This predictability can be a real comfort to foreign production companies coming to shoot not only in the city, but also in its neighboring regions.  São Paulo has a service oriented culture and many vendors serving the industry offer 24-7 working hours. Are you planning to shoot in São Paulo? Contact us today and let Brazil Production Services be your partner and make sure your shoot in São Paulo goes smoothly from the start!

Because São Paulo is a city with a multitude of vendors serving the audiovisual industry, we can find everything a production needs there, including specialty lighting, grip and camera equipment, satellite trucks, camera cars, steadicams, underwater gear, cranes, drones and helicopters; it is not unusual for us to have a specific camera or jib rented in São Paulo and transported to another city in the country where the actual production is happening. If your shoot requires a just released camera model or a specific set of lenses, keep in mind that this equipment may not be available in Brazil yet, and if it is, it will most likely be accessible for rental in São Paulo only. You can also bring your equipment to Brazil through a temporary importation of goods. Learn more about bringing equipment into Brazil by clicking here.

São Paulo isn’t as safe as many large cities in the United States or Europe (though, for comparison, it is safer than Rio de Janeiro). You should take special precautions and pay attention to your surroundings when walking around in the streets of São Paulo.  We recommend that you be mindful of safety whenever you are in the city of São Paulo. It is not advisable to carry cell phones, cameras, jewelry or other valuables conspicuously while walking through city streets in some neighborhoods. If possible, don’t walk alone, especially at night.

Consult with your Brazil Production Services fixer and/or office coordinator before going on outings or visiting tourist spots to check about specific safety tips. If a situation doesn’t feel right, cross the street, walk into a store, walk away.  We recommend trusting your instincts as opposed to being afraid of being rude to somebody.  Finally, when walking in groups of foreign people, be discrete, don’t call unecessary attention to yourselves and don’t make it obvious that you are not Brazilian. We don’t want to scare anyone, we just want you to be safe.In São Paulo, whether downtown, at Paulista Avenue or even in large open spaces, it’s essential to always have a professional keeping a close eye on equipment and crew. For all of the projects we produce in São Paulo, we usually recommend having at least 1 security guard with the production team (same applies for Rio de Janeiro and other big cities as well) and oftentimes we recommend teams of two or more depending on the footprint of the production team.

Do you need help booking armed or unarmed security guards in São Paulo? Contact us today for a safe shoot in the city.

For more information about how we handle security in Brazil, click here.

SÃO PAULO IS A WORLD CLASS METROPOLIS WITH HEAVY TRAFFIC

A South American city of 12 million people and 8 million cars makes for the perfect combination for chaotic traffic at any time of the day. São Paulo’s Paulista Avenue, one the main avenues in the city, is often congested for hours each day. It is very important to take traffic into consideration when planning your shoot schedule in São Paulo in order to avoid crew overtime and delays due to time spent en route to a shoot location and/or returning to home base after the work day is over. The Brazil Production Services local fixer assigned to your production, along with the BPS office coordinator responsible for your project, will make sure to assist your team with that matter so that as little time as possible will be wasted in traffic. São Paulo has three main airports: the Cumbica/Guarulhos Airport (GRU), the Viracopos Airport (VCP) and the Congonhas Airport (CGH). The two first ones are international hubs situated just outside of the city, with flights coming in and out from all over the world.  The third airport is a domestic airport smack in the middle of the city that is good for flights within Brazil only. All three airports also serve as domestic hubs for other regional Brazilian airports, providing easy access to the rest of Brazil should a shoot involve multiple locations in the country.

The city welcomes over 15 million tourists each year and is well prepared to serve all of them. São Paulo has a massive tourism infrastructure with more than 400 hotels of all levels, hundreds of thousands of rental vehicles, Uber, taxis and other car services and more than 20,000 restaurant options. In the past few years, São Paulo has attracted a growing number of international productions and has become a favorite for Netflix Originals, such as Sense8, Black Mirror and Hyperdrive, the last one being locally produced by Brazil Production Services.

If you have a project that requires filming in São Paulo, please send us the details by filling out this form and one of our office coordinators will get in touch with you very soon.