FILMING IN THE AMAZON: WHAT YOU NEED TO KNOW The Amazon jungle is a very unique place. Covering almost half of the South American territory, it is the home of tremendous rivers, lush vegetation, dozens of indigenous tribes and rich wildlife. The Amazon attracts a number of national and international productions that wish to explore these wonderful aspects of the region. But getting around in it and being able to accomplish a production’s goals in its oftentimes inhospitable environs is not a job for beginners.

It is very likely that if you need to shoot somewhere in the Amazon region, your production will need not only an extremely experienced fixer, but also a knowledgeable local guide – which sometimes can be the same person – in order to have a successful production. Here, at Brazil Production Services, we have done a number of productions in the Amazon rainforest including survival shows for Discovery, food shows for Netflix and many documentaries for different TV stations from around the world.  As a result, we can definitely make your project happen anywhere in the Brazilian Amazon, whether it be in or around Manaus, Belém, Marajó, Tabatinga or elsewhere.

Do you need to shoot in the Amazon forest? Contact us today and let us know about your project!

WEATHER IN THE AMAZON

Precipitation rates are higher in the region when compared to other areas in Brazil. The wetter season here happens from beginning of December until early June and the drier season between June and December. Peak rain days in the Amazonas state happen in between February and April. Driest months are July to October, being August one of the driest months in the year.  The rainy season sees the natural flooding of many different areas and the dry season sees a dramatic lowering of water levels in rivers and lagoons everywhere.  It’s important for productions to be aware of the state of the rainy season in the Amazon to see how it may impact their project’s goals.  See a rain and temperature table for the Manaus region below: 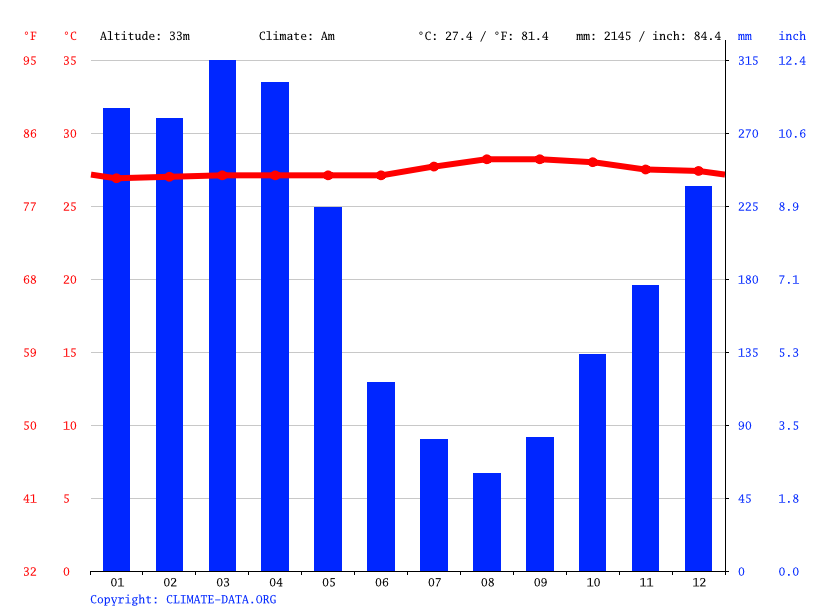 You can find more detailed information about the weather variation in the Amazonas state here.

PLANNING TO SHOOT IN THE AMAZON? WE HAVE THE BEST PARTNERS AND ENGLISH SPEAKING CREW! Even though Manaus, the capital of the Amazonas state, is a big city, it is not nearly as developed as São Paulo or Rio de Janeiro. If you’re planning to shoot in Manaus or any other city in the Amazon rainforest, one important thing to keep in mind is that there is not a big equipment rental market available locally. There are of course a few rental houses in Manaus, but their supply is not too abundant and diverse. We strongly recommend that you bring your own camera equipment when coming to shoot in the Amazon. If that is not possible, Brazil Production Services can arrange for your equipment to be transported from São Paulo or Rio de Janeiro to Manaus. The key to a smooth shoot in the Amazon is to be surrounded by the right local crew. Although that is true everywhere, this is especially crucial when it comes to filming in the Amazon rainforest due to the particularities and challenges that the jungle environment presents to a film or TV crew, including insects, boat transportation, high temperatures, etc.  At Brazil Production Services, we have extremely experienced English speaking fixers in Manaus who are veterans in working under the hard conditions of the forest.  Some of these fixers are ex-Brazilian military (Jungle Battalion) and others are biologists and scientists who have connections with local organizations involved in natural conservation and other causes that may be connected to the theme your project is exploring.  If you reach out to us, our local crew will guide your team through the ins and outs of shooting in the Amazon and help you accomplish your goals.

Are you planning to film in the Amazon? Contact us today and let Brazil Production Services be your partner and make sure your project goes smoothly from the start!

SAFETY IN MANAUS AND IN THE AMAZON RAINFOREST

When planning to film in Manaus or in the Amazon rainforest, there are 2 different types of security concerns: while in Manaus you have to pay attention to your surroundings just as you would in a busy city like São Paulo or Rio de Janeiro and be on the alert against muggings.  In the Amazon jungle, you have to be careful with your health and well being because of the at times harsh conditions the natural environment presents to people not used to it.

If your production is filming in Manaus, keep in mind that the city is not as safe as the US or Europe.  Please be mindful of safety whenever circling around Manaus. It is not advisable to carry cell phones, cameras, jewelry or other valuables conspicuously while walking through the city’s streets. If possible, don’t walk alone, especially at night.

Consult with your BPS fixer and coordinating producer before going on outings or visiting tourist spots to check about specific safety tips. If a situation doesn’t feel right, cross the street, walk into a store, walk away. We recommend trusting your instincts as opposed to being afraid of being rude to somebody. Finally, when walking in groups of foreign people, be discrete, don’t call unnecessary attention to yourselves and don’t make it obvious that you are not Brazilian. We don’t want to scare anyone, we just want you to be safe.

In Manaus, when filming in downtown or in large open spaces, it’s essential to always have a professional keeping a close eye on equipment. For BPS’ productions we usually recommend having at least 1 security guard when filming in Manaus (same applies for São Paulo, Rio de Janeiro and other big cities as well).

Do you need help booking security guards in Manaus? Contact us today for a safe shoot in the Amazon. If your project involves shooting in the middle of the Amazon jungle, please make sure that your team comes prepared for the challenges that they will face while in the forest. Most people are not used to or have never been to a wild place like this and so, when choosing the foreign crew that will be travelling to the Amazon, we always recommend to our clients picking those that have at least some experience with harsh environments – and taking the following precautions is essential for a smooth production:

For more information about shooting in the Amazon, contact us today.

Manaus is a fairly busy city and its traffic, even though not as bad as São Paulo or Rio de Janeiro, can be slow during rush hours or when it rains heavily. The BPS local fixer assigned to your production, along with the BPS coordinating producer responsible for your project, will make sure to recommend the best approach to your team in terms of transportation and make sure your project sticks to the schedule while considering traffic and peak hours: whether that means finding accommodations that are closer to the filming location or setting an early call time. Everything will be planned according to your project’s needs and budget.

Do you need help figuring out boat, car or aerial transportation in Manaus? Contact us today to guarantee proper transportation for your production in the Amazon. Manaus has one local airport: the Eduardo Gomes Airport (MAO).  This airport is both an international and domestic hub, providing easy access to the rest of Brazil should a shoot involve multiple locations. Usually, the access to the Amazon forest is done by boat leaving from Manaus, however, depending on where in the forest your shoot will happen, it may be worth to fly from Manaus to another small city in the jungle by charter plane. We’ve done shoots in which we flew the crew from Manaus (MAO) to the Tabatinga Airport (TBT) and from there into the jungle by boat, for example, or at other times we landed charter planes near remote native tribes or military outposts and from there the crews took boats to particular filming locations.

In the past few years, the Amazon rainforest has attracted a growing number of international productions that Brazil Production Services has coordinated, such as Discovery Channel’s The Wheel and an episode of the Netflix documentary series Chef’s Table.

If you have a project that requires filming in the Amazon, please send us the details by filling out this form and one of our producers will get in touch with you.