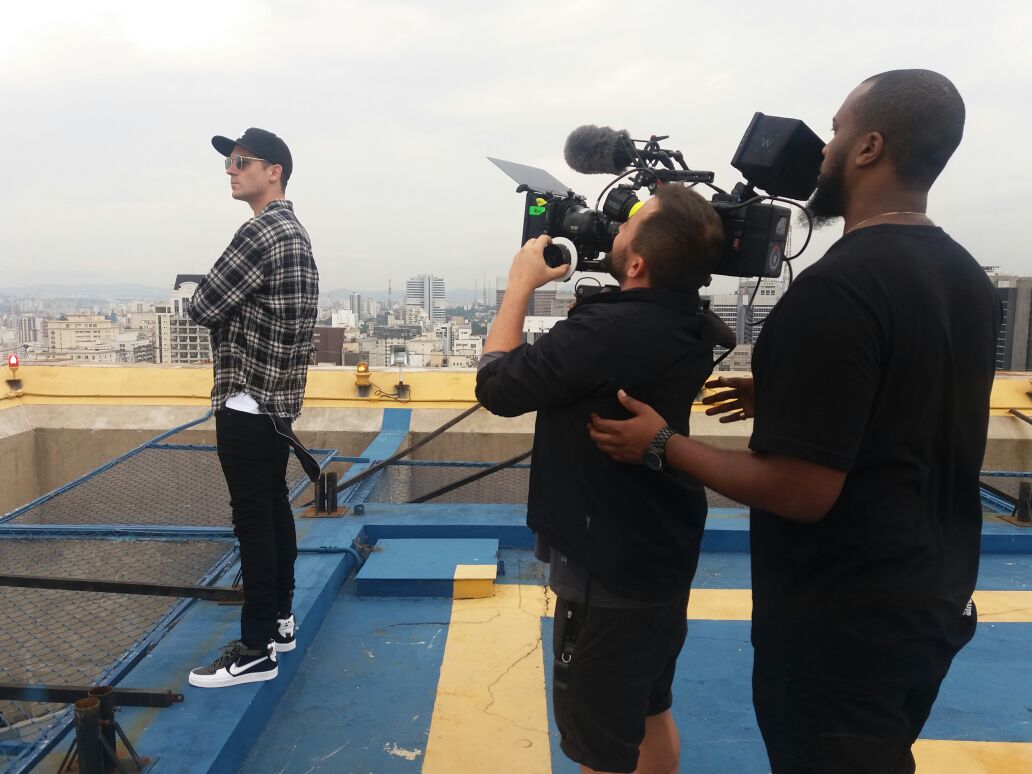 Netflix released last week its new documentary series about the Hip Hop culture: RAPTURE. Throughout 8 episodes and featuring a different artist in each of them – Nas and Dave East, T.I., Rapsody, Logic, G-Eazy, A Boogie wit da Hoodie, 2 Chainz and Just Blaze – RAPTURE not only dives into the artists’ lives with their friends and family, but also takes the audience to explore studio recordings and experience the ecstatic power of moving a crowd.

For the G-Eazy episode, we ride along with him as we see the non-stop grind of his life. We follow the artist from his late nights in the studio to his shows around the world, being one of them in a recent edition of the Lollapalooza festival in São Paulo, Brazil. For that to happen, BPS was the go-to Brazilian production company chosen by Netflix’s partner Mass Appeal to arrange all the logistics for the shoot in Brazil.

Interesting locations were chosen, including a heliport in one of the most luxurious hotels in São Paulo, the Tivoli Mofarrej. Even an article was published by the Showbiz411 about the shoot in São Paulo. If you also believe that Brazil is a strategic place to have your production shot at, contact us so we can make it happen!

« PRODUCTION INSURANCE IN BRAZIL – HOW DOES IT WORK?
UFC ROAD TO THE OCTAGON WITH JESSICA ANDRADE – THE MAKING OF »
Social media & sharing icons powered by UltimatelySocial