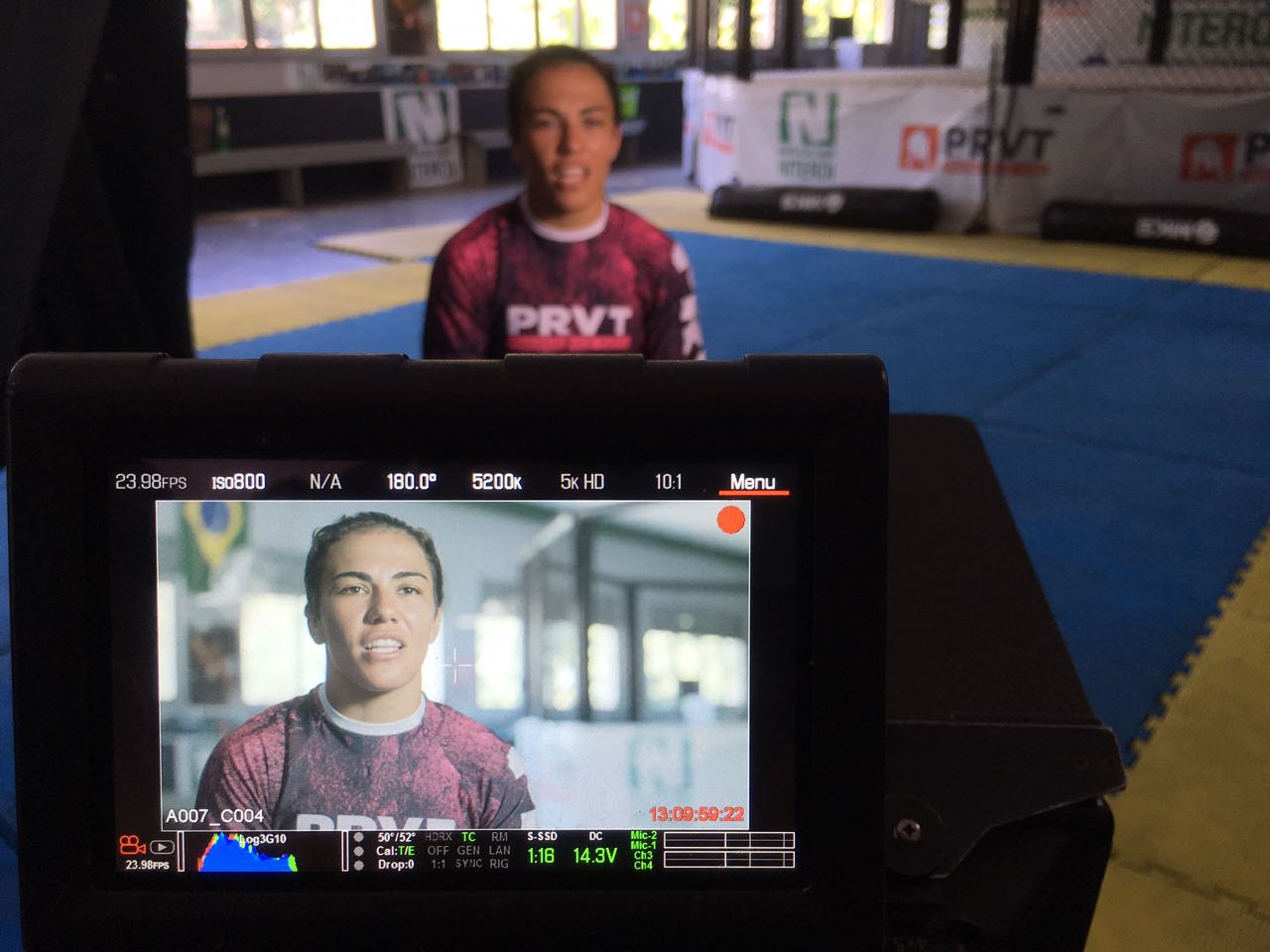 Every time the Ultimate Fighting Championship (UFC) hosts an event on FOX SPORTS or big FOX, the UFC releases a behind the scenes documentary filled with insights about the relentless training camps that each of the competitors go through before fight night. Not long ago, on February 24th, 2018 the stellar co-main event that aired on FOX featured a fight between two top-ranked female UFC strawweights: Brazil’s Jessica Andrade versus the American Tecia Torres.

In order to capture Andrade’s lifestyle and training routine, Positive Image Video in co-production with FOX and the UFC, engaged once again the services of BPS as their local Brazilian production company.  BPS had already been responsible for dozens of other productions for the UFC since 2014, including several segments for UFC ULTIMATE INSIDER, THE ULTIMATE FIGHTER – BRAZIL as well as previous episodes of UFC ROAD TO THE OCTAGON with several of Brazil’s best fighters such as Jacaré Souza, Demian Maia, Charles Oliveira and Iuri Alcântara.

For the ROAD TO THE OCTAGON video with Jessica Andrade, we followed the athlete’s daily life and even had the opportunity to meet her family and watch her practice stand up paddle boarding on Guanabara Bay near Rio de Janeiro.  BPS also had exclusive access to her training sessions and interviewed the fighter about her expectations for the upcoming bout.

For years now, BPS has been the go-to Brazilian production partner for the UFC for great execution on UFC’s shoots in Brazil.  Besides the shows mentioned above, BPS also had the honor of producing the José Aldo segment of the UFC 200 SPECIAL – IT’S TIME.

Ifyou also have a production featuring a Brazilian athlete, contact us today!  We will be more than happy to make your Brazil shoot happen!