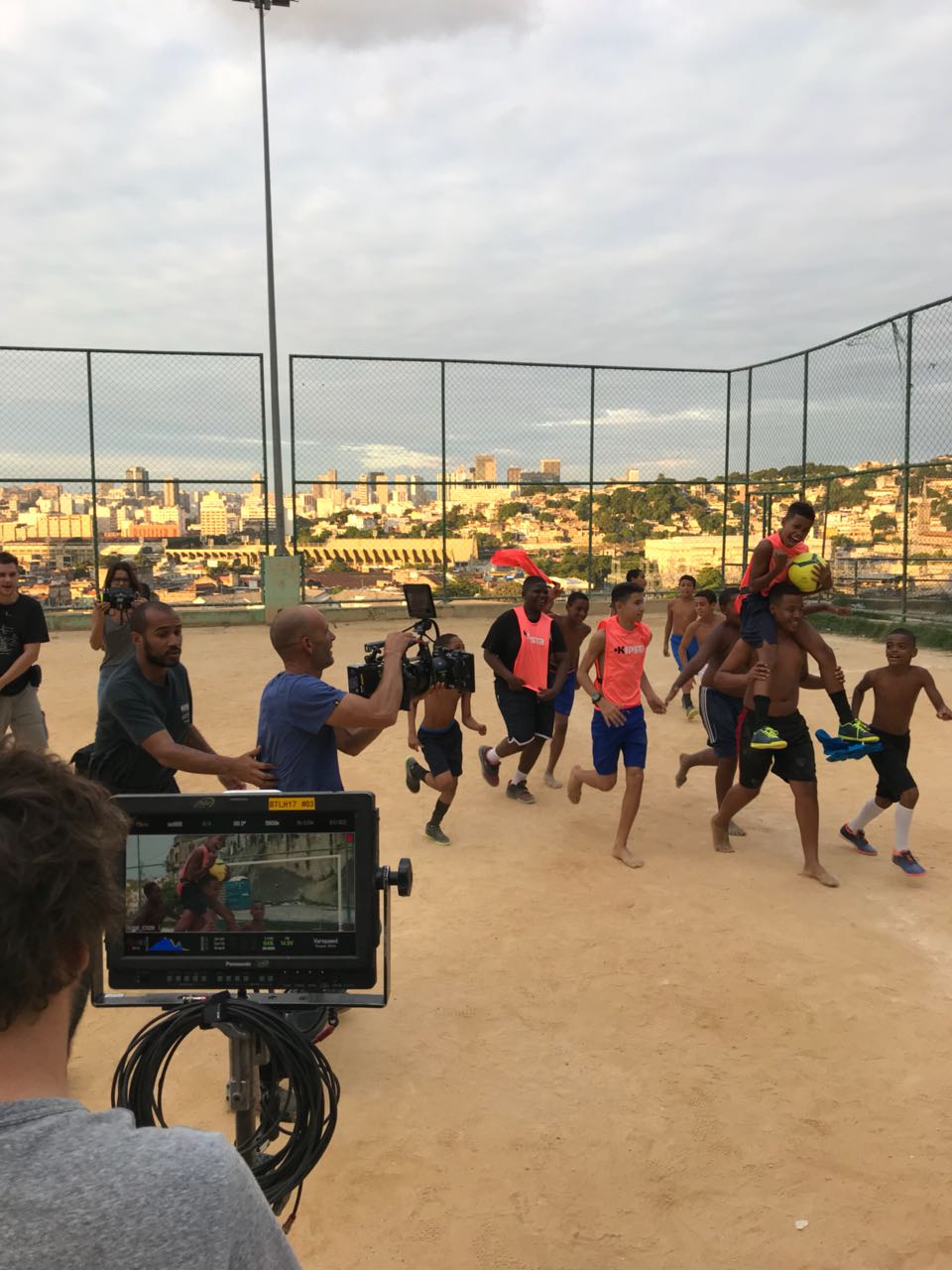 “The Seed” has been released by Decathlon! Take a look at the video and photos of the Brazilian unit of the production, made possible by the BPS team!

Below, take a look at our post about the experience of helping the team with the Brazilian unit of this production.

Brazil Production Services, the #1 production fixer service in Brazil, took the Orès producing team from France to São Paulo and Rio de Janeiro for a shoot for the French sports brand Decathlon.  From the manufacturer’s office in São Paulo, to Avenida Paulista, passing through a favela soccer field and ending in  the waters of Grumari beach in Rio, the production accomplished traveled to several different environments in a short period of time. Curiously, some of the Brazil locations that BPS secured for the production were not meant to look like Brazil in the final video.

During our location scout for this project, our producers were given the mission of finding a boxing gym that looked like one in Ghana and a street basketball court that could exist in Iran. No doubt that the BPS team was up and ready for the task!  After a couple weeks of research, we finally found and secured the perfect locations that will surely transport audiences to the countries of Ghana and Iran.

Do you have a production that takes place in Brazil and a few other parts in the world? Contact us today to learn more about what we can do to optimize your budget and make it happen for you in Brazil! Tags bps, brazil production company, brazil production services, brazil film, Decathlon film, favela soccer field filming, boxing gym brazil, basketball field brazil, brazil beach filming